Yearly average rainfall from 1981 to 2021, sourced from CHIRPS , is plotted on the graph below. 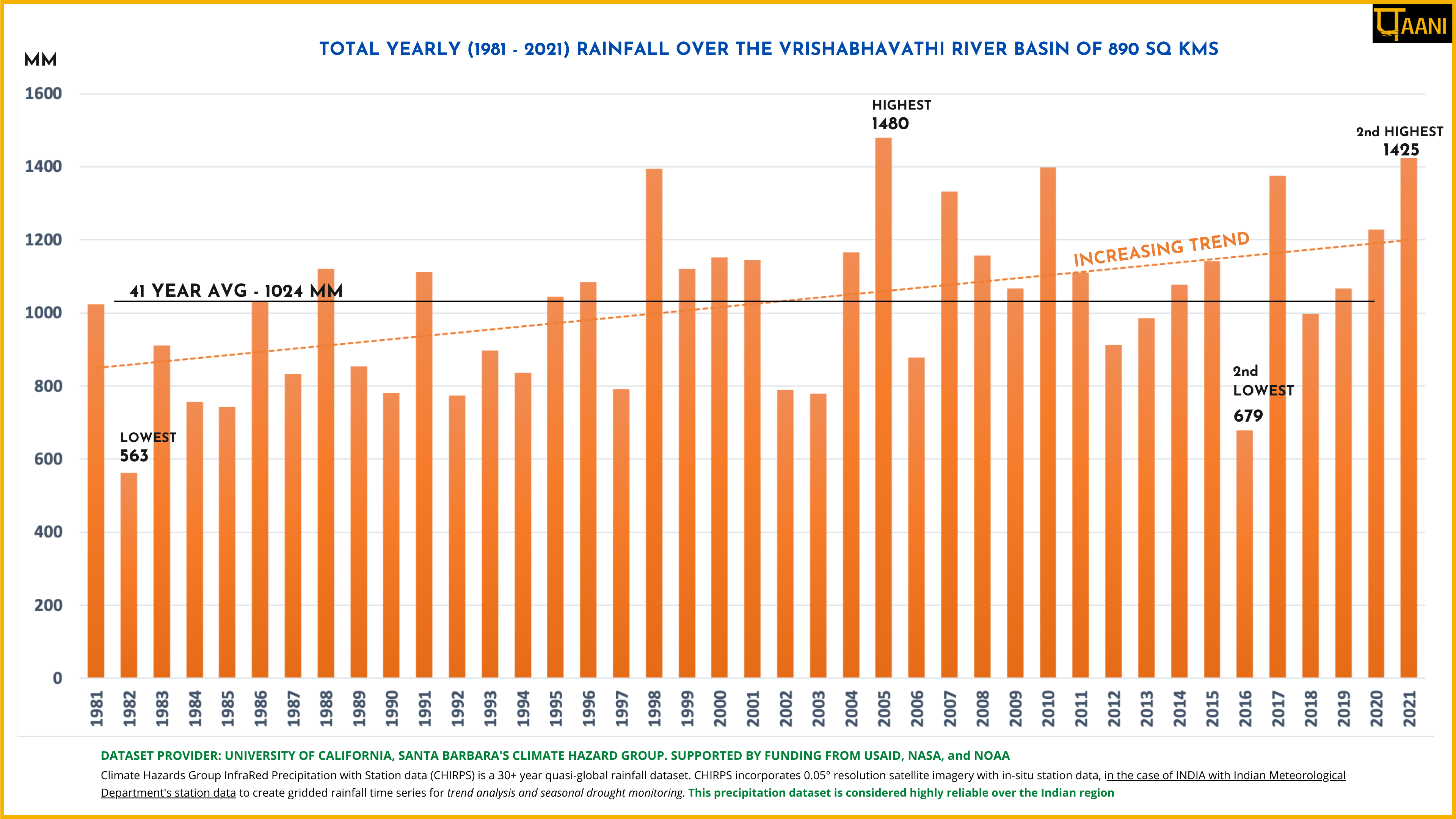