Bengaluru the capital city of Karnataka, is not only Karnataka’s economic engine but India’s as well. The software boom of the 1990s was followed by massive concretization of the city’s natural spaces including waterbodies. This metamorphosized the ‘city of lakes’ into a ‘city of burning lakes’ after Bellandur Lake repeatedly caught fire. Having polluted the local rivers and lakes to the extent that it is unusable, the city draws water from the distant Cauvery river. Currently, that is not enough. The city has gone far away, to Netravathi river, in the ecologically fragile Western Ghats. Does the city need more water? Can it better manage the water it has so it can do more with less? Very little data exists in the public domain to answer these questions. We intend to fill that data gap in this section. 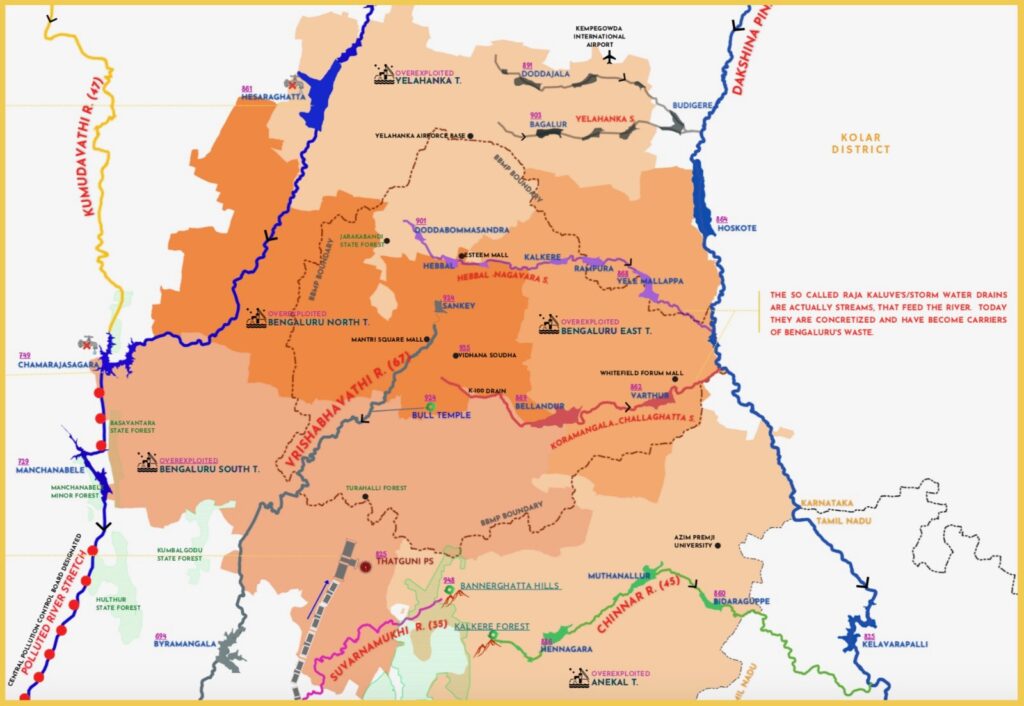 An introduction to rivers of concern to Bengaluru

Rivers of Bengaluru is published with an intention of informing the citizens the role rivers play in our everyday lives. It shows
how fresh Cauvery water is pumped up, while waste flows down
into Vrishabhavathi,Arkavathi and Dakshina Pinakini rivers.